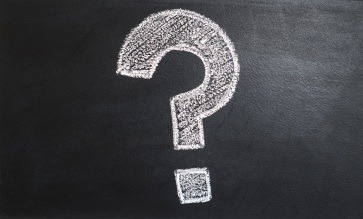 I do not, presently, have an agent.

My first four novels are LDS Fiction, published through Covenant Communications, an independent niche market publisher based in Utah. They publish LDS Fiction, I write LDS Fiction, and they accept direct queries/submissions from authors. For me, it wasn’t necessary to get an agent in order to send them my work.

I am, however, working on a Young Adult novel that isn’t LDS specific, and will be better suited (I hope!) for a more general audience. When it’s finished, I’ll start looking for an agent that will represent me in the national market.

Do you need an agent? If you want to take a book to the national market and find a traditional publisher (which means you don’t want to self-publish) then YES, you need to find an agent.

Okay, not really the end because clearly, I’ve already published four books without an agent. But the LDS Fiction market is very different than mainstream publishing. And in many ways, that’s a wonderful thing. Even if I manage to snag an agent and get this third book into the national market, I still want to write LDS Fiction. I love working with the lovely people at Covenant, and I like writing books that are clean and good and true. It makes me happy, and there’s a good market for it.

But I will say this. If you decide to publish without an agent, whether within the LDS Publishing market, or without, be smart. Don’t be guilty of “I’m going to be published” euphoria and sign any contract that’s placed in front of you. Ask the right questions. Have an attorney that understands intellectual property law read over your contract and explain to you what you’re signing. Be honest (but realistic) about what your expectations are. Be kind, but forthright. If you don’t have an agent to ask about terms and negotiate deals that are mutually beneficial to you and your publisher, you have to be tough and do those things for yourself. It’s absolutely possible. Just be smart, ask the right questions, and arm yourself with knowledge. 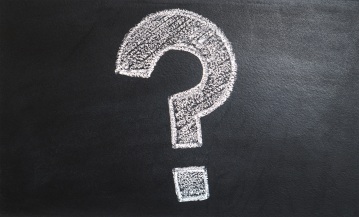 I always say you can’t really set out to write a certain kind of story. You have to write organically, let the story go where it feels like it should, and then try and figure out where it fits when you’re finished. That might not be good advice for everyone, but for me, it worked.

This is how my first novel was written. I didn’t set out to write an LDS novel. I wrote the story that was in my head and in my heart. Only then, when the story was finished, did I worry about where my novel was going to fit. The House at Rose Creek is a conversion story. It isn’t overtly Mormon and has been enjoyed by many that aren’t members of the LDS Church, (or so say a few random reviews and many friends and family members) but there was enough in the book specific to the faith that I knew its best chance of getting published was with one of the independent publishers based in Utah, that specializes in LDS Fiction.

And then, the waiting. OH THE WAITING. I didn’t write much while I waited. I probably should have. But I think a part of me was waiting for validation. Writing is a lot of work! If I wasn’t any good at it, why put forth all that effort to write more books? (I’m not saying this wasn’t dumb. Don’t do this! If you love writing, WRITE! If you aren’t good enough, keep writing and get good enough!) I was also busy doing other things. Having babies. Taking care of 4, then 5 kids. Month after month passed by and I just. kept. waiting.

I submitted my manuscript in October of 2009. 18 months later, in March of 2011, I received an email from my would-be editor that said Covenant wanted to publish my book. The wait was worth it! After all those months of neurotic email checking, hand wringing, and hopeful dreaming, it was happening! IN 18 MORE MONTHS! Heh. More waiting.

I was given a tentative 2013 release date and was encouraged to keep writing, stay in touch, and let my editor know if I ever had any questions. So I did. I waited. I wrote my second novel. I had a sixth baby. And THEN! THEN!! In February of 2013, I got an email from my editor. It was time to start working on the book! She sent me my first round of edits which of course made me die a little on the inside and then I got right to work fixing and polishing. (And to think I thought it was ready when I first submitted.) Two more times we went back and forth, looking things over until finally, everything felt ready.

In March I saw my cover design for the first time and was given my official title, The House at Rose Creek. (My working title was Hearts of the Fathers, which wasn’t up to snuff according to the marketing/design people over at Covenant. I think they were right. I love the official title.)

In April, I was given final proofs. I was to read them over, but wasn’t allowed to request any big changes. Just the tiny stuff. Misspelled words. Grammatical errors. Of course, that didn’t keep me from begging and pleading with my editor to make, ahem, one or two big changes. This one scene was just. so. cheesy. I couldn’t leave it in. (My editor is awesome. She took it out. )

THEN… Big long drumroll… In July, the book was released! From start to finish, writing the book, waiting for acceptance, then waiting for release after acceptance, the process took 4 1/2 years. Long time, huh? The good news is subsequent books won’t ever take that long. My second novel was accepted in just under three months, and was given a release date just over a year out. So that’s a bright spot in the process… you only have to wade through the slush pile once!

I’m sure every author’s experience is unique, but from what I’ve gathered from fellow authors, my process is pretty typical for publishing within the LDS market. Because it’s a small, niche market, publishers allow you to query them directly, without representation by an agent, so in many ways the process is simpler than publishing nationally. I have thoughts on publishing with and without an agent, but I’ll save them for another blog post. (Soon!)

If you’d like to read more about my road to publication as it happened, you can read these posts here:

On My (Pre-published) Writing

Book Progress (A Title!) And Other Details of Life

So, here’s the thing. I think people ask this question a lot because I have SO MANY CHILDREN. There are six of them. Most of the time, taking care of six kids feels like enough to fill my day four times without spare time to pee, let alone write a book. So I’m never actually sure how to answer. Some days, I don’t balance it. I do the very best I can, and go easy on myself when it just doesn’t work out.

For many writers, the key to success is writing every single day. And I get it. When you’re immersed in your characters and you’re feeling your story, and everything is working and coming together, it’s critical to keep the pace going. I absolutely believe there will be a time and season of my life that will allow me to write every single day. Right now? I’m just not in it.

The reality of my day-to-day life is still diapers and cartoons and home school and music lessons. It is late night conversations with an almost teenager and games of Yahtzee with the twins and dinner on the table and laundry for 8 people. (That word. It deserves to be all caps. LAUNDRY. If I could make it a mountain shaped word, I would. Because that’s what is sitting behind me as I type. A giant, leaning mountain of laundry.)

So I don’t write everyday and I don’t stress about it. Though, when I am deeply involved in a project, I will write more days than I don’t. I tend to work in spurts; for three or four weeks I’ll write three or four days a week, and then I’ll take a step back and breathe for a week or two. I’ve found this helps me maintain focus and keeps me from getting  lost in the worlds that I write, rather than the world I actually, uh, live in myself. I also made a commitment when I started this whole writing gig (back when there were only 4 babies instead of 6) that I wouldn’t write during the day, when little ones were awake. I have this fear of my children discussing their childhood as grown ups…

“What was life like for you as a kid?”

I can’t see my kids’ faces when I’m staring at a screen. And also, if I’m writing and I am interrupted, I’m kind of a monster. Mean. Snappy. Totally irrational. Because the thoughts… I don’t want to lose them and if I have to answer a question or fix a glass of milk or tie a shoe or read a story I. WILL. BE. SO. MAD. Which, you know, is entirely unfair to the two year old who can’t exactly fix his own milk. So I write very late at night or very early in the morning when I am alone and the house is quiet. And I exist on very few hours of sleep. Which is something I’m good at because, hello, we already discussed this. SIX KIDS.

The truth is, it’s still very much a work in progress. I wish I could say I always feel perfectly content with the way things roll, but that wouldn’t be the honest to goodness truth. Some days I long for more time to write, and some days I think I’m too distracted by it all and hope the family isn’t suffering for it.

I’ve written about it before–this desire I have to keep all in proper perspective. I’ll link to a few of the posts below.